Be Home When The Streetlights Come On 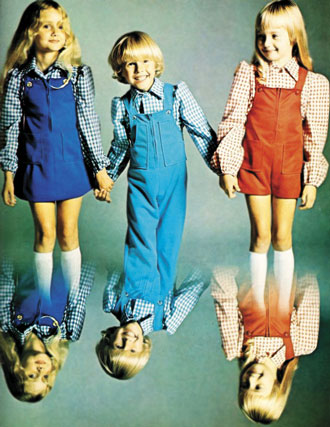 When I was growing up … and even when my son was growing up in the 1970s, kids went out to play. Alone. Unsupervised. Unstructured. Disorganized with not a single adult to keep an eye on us. We built “forts” and “clubhouses” out of crates and old boxes and anything we could find that mom wouldn’t miss. We played stick-ball with old pink Spalding balls that were often long past bouncing or even being “round.” You didn’t go and buy a “stick-ball set.” You found an old broomstick and someone had a ball, or what used to be one, or you all chipped in and bought one in the local toy store.

There was Hide and Seek, another classic. Someone hid, everyone hunted. You had to be careful. If you hid too well, your friends might get bored looking for you and go do something else. But no one’s mother came to complain that you were being bullied. This was stuff you dealt with because there will always be bullies. Unless you were in real danger, it was better (then and now) to cope on your own. Much better than waiting for rescue. In the real world, rescue is rare, but bullying is not.

Jump rope. There was always an old piece of laundry line somewhere. They actually call it skipping rope in other parts of the country. In the cities, the Black girls played a variation called “double Dutch” using two ropes. We all knew how to do the double Dutch ropes turning, but none of us ever mastered the technique of actually jumping. More like an intricate dance — and I also wasn’t ever much of a dancer. Klutz that I was and am, I was barely competent on a single line, much less two. I remain in awe of how incredibly graceful, athletic, and coördinated those girls were … and are. There was a feature about them on the news a couple of weeks ago and I am no less awestruck now than I was more than 60 years ago.

Along with jumping rope came chanting. All those weird little ditties we sang as we jumped. They mostly were alphabetic and involved names and places. “I call my girlfriend … in …” when we were playing in a group. You could gauge your popularity by when and who “called you in” to jump in tandem. Looking back, I think the problem was not unpopularity, but being a washout as an athlete. I was a slow runner, an indifferent jumper, and a terrified tree climber.

On the other hand, when it came to derring-do, I was a champ. I could organize games of pretending – pirates and cowboys, outlaws and cat burglars. We burgled, but we never stole. We weren’t thieves, just little girls trying to prove we could do it.

I don’t see kids playing outdoors these days. Almost never, except as organized groups with one or more adults supervising. Calling the plays with whistles and shouts. Children are not allowed to “go out and play” anymore. Everyone is afraid of something. Bullying, kidnappers, traffic, skinned knees. Unlike we kids who were always covered with scabs from a thousand times falling down on the sidewalk or street. Come home with a bloody knee today and they’ll call an ambulance. Growing up, unless you appeared to have broken something, a bath was the remedy of choice and usually, beneath the dirt, was an unbroken kid.

It makes me wistful, thinking about it. My family was dysfunctional, but I could escape by going out to play. “Bye, Ma, I’m going out,” and off you went. It was the best part of being a child. Those months between school and hours after school (much less homework and we still learned more!) contained what seemed unlimited freedom. That was the freest I would ever be in this life.

Once you were out of the house and too far away to hear your mother calling, you could do whatever you liked. You could be whoever you imagined. There was nothing you had to do, no place you needed to be. Until the street lights came on. You had to be home when the street lights came on. It was a fundamental law, the bottom line. Do what you will, but be home when the streetlights come on. In those warm summers of childhood, the days flowed in an endless stream. Darkness fell late. There was more than enough time. 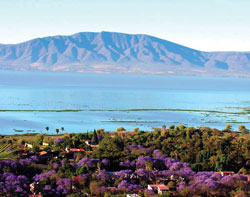 Our Home
Our Home By Brian O’Neil   Ajijic has great views of the mountains and beautiful Lake Chapala from nearly every home, that blend in with streets