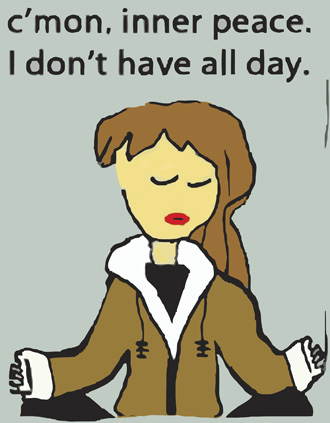 Those who know me, know that patience has never been, nor will it ever be, my strong suit. It is something I have had to work on my whole life. I don’t like waiting for surprises, Christmas or trips. I want the answers to questions NOW (the Internet has been a real help to me in this regard, although I DO know I can’t believe everything I look up!

Have you ever received a letter that made you want to write an instant response? Of course now, in the computer era, it is very, very easy to send that response immediately. Unfortunately that is not always a good idea.

In the “olden days” before computers, we had more of an opportunity to carefully consider a response, could write several drafts before finally sending off our missive in the mail. Many times I have written an angry response, only to re-read it the next day and tear it up. In fact I wrote a letter to the Editor which was published in El Ojo del Lago (the first and only time I ever did so) in response to an article that I felt misrepresented something I strongly believe in, but I wrote and re-wrote it several times before I sent it in.

Now, however, we can read an e-mail and whip out a response within seconds, and just click “send” to instantly respond. Often this does not give us time to digest the information sent or really consider the implications of our response. If I have been upset or hurt by something I’ve received, I make it a practice NOT to respond immediately. Oh, I sit at the keyboard and bang out a response, but the key is, I do NOT send it out – rather I wait a minimum of 24 hours, re-read it, edit it, and if I still feel it is appropriate, then I send it.

One of the funniest jokes I have seen recently asked the question: “If aliens came to earth what would be the most difficult thing to explain to them about our 21st century technology?” The answer was: “How I carry a device in my pocket that puts me in touch with all the collective know-ledge of mankind, and I use it to look at pictures of kittens and get in arguments with strangers!”

It amazes me how many people get worked up and argue with complete strangers on things like FaceBook and Twitter, or even with someone they know via instant messaging. I try not to engage in this, but, should it ever happen, there is something I want you to know: I type 110 wpm. Never get into an argument with someone who types faster than you! 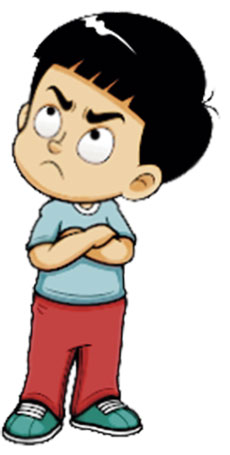