LEARNING TO BE FUNNY 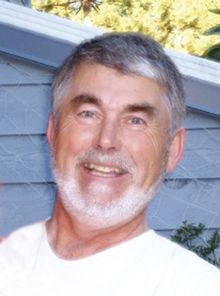 Can you teach someone to be funny? Local humorist Neil McKinnon says he’s going to prove it this January by offering a workshop at the 8th Annual Lake Chapala Writers Conference titled: “A Funny Thing Happened on the Way to My Laptop.”

Neil has been amusing local writers for years by reading his latest pieces at the Ajijic Writer’s Group that meets twice monthly at La Nueva Posada. Over the years I have heard him test out his novel chapters and short stories on this group of his peers; I can’t recall a time when he failed to get us laughing out loud. His success must have something to do with his habit of testing his material out on his best critic, his wife Judy. “If she laughs, I’m happy.” Neil’s workshop will include the following topics:

What is humor/How to generate funny ideas/What makes something funny/Writing humor/What do we mean by a sense of humor/Writing for a specific audience/Devices and finally  do’s and don’ts about writing a humorous short story or novel.

Neil believes that everyone has a sense of humour and that these differ by culture, age, gender and era. In other words, Americans and Canadians find different jokes amusing, the old and young don’t laugh at the same things, men and women don’t either and what was funny in the 1950s may not be so funny today.

Neil says writing humour is a natural for him: “I find it very difficult to keep humour out of my serious writing.” Even an obituary can be the occasion for something funny. “It’s how I see the world,” he confides. When he does a “straight” piece of writing, he writes as he pleases and then edits out the “inappropriate” humour.

In 2006 Neil’s novel Tuckahoe Slidebottle was published in Canada and immediately nominated for the prestigious Stephen Leacock Memorial Medal for Humour. He didn’t win but he did make the short list.

His new novel, Feasting on Passion Mountain: Tales from the World’s Greatest Lover is currently being considered by several literary agents. Members of the Ajijic Writers’ Group who heard the chapter about the lady who unfortunately was hit on the head at a bingo game and ever after shouted “Bingo” when she achieved an orgasm…will be first in line to buy the novel.

Neil McKinnon is the first local author to be asked to give a half day session at the Lake Chapala Writers Conference. In addition to his success as a writer, Neil has given many readings and presentations. His promotion of Tuckahoe Slidebottle took him to over 50 venues in Canada and Mexico, including the Puerto Vallarta Writer’s Conference.

The 8th Annual Lake Chapala Writer’s Conference will be held January 25th to 27th at the Real De Chapala Hotel in Ajijic. Interested authors who want to inject a little humour into their writing (and their lives) can register at Diane Pearl’s Gallery on Colon in Ajijic or by contacting Kay Davis at This email address is being protected from spambots. You need JavaScript enabled to view it. 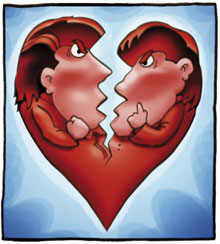 FUNNY STRANGE
FUNNY STRANGE By John Hicks   Many years ago when I was in my 20s, I broke up with a girlfriend. She dumped me in fact because we had