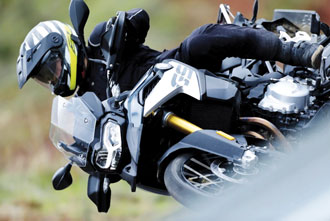 While in Cuba, we stayed at the Casa Dianna B&B run by Tony and Dianna. Casa Dianna is a beautiful house in outer Havana. It was the home of a Cuban minister, before the revolution, of course. After the revolution, the houses of the Batista regime were confiscated. These were given out to people according to some method that I never did understand and Tony wouldn’t talk about. It wasn’t just to friends and cronies, although certainly some of that went on.

Somehow, Tony and Dianna got this house. Tony is older than Dianna—probably 70-something—and we believe it was through Dianna’s wealthy family that they acquired this magnificent house. Our room, with our own bathroom and roof patio, was going to cost $30.00 a day plus $4.00 for breakfast. Casa Dianna has a beautiful enclosed patio where we will have breakfast, cocktails, and Cuban coffee and cigars.

Tony runs the B&B. His wife is a great cook and does the cleaning. Both are well-educated, as are most in Cuba. Tony was part of the Cuban Revolution.

More about Tony, but first we go to the Buena Vista Social Club concert. It is at the National de Cuba Hotel. The BVSC, as “people in the know” call them, is an internationally-known group of Cuban musicians that were discovered in Havana (the Buena Vista Club) back in the 1960s. A lot of rum went down—by others—we just listened to the great Cuban music.

After the show a reggae band was playing on the patio. They were doing Bob Marley songs—in Spanish. Taxies are waiting outside to take concert goers home. The taxis are government owned and licensed and we pay a premium to ride in it.

When we get home, Tony is waiting up to let us in. He won’t (or can’t) give us a key. We have rum and cigars on the patio. Tony brings out a faded photo album of his days as an acrobatic motorcycle patrolman. He headed up a motorcycle patrol unit—about 40 men. They did tricks on their motorcycles to entertain the public and eventually specialized into building human pyramids on motorcycles.

As Tony showed us his old photos, the pyramids got bigger. First they had three patrolmen on two motorcycles. Then it was five on three (two hanging on the sides); then seven on three (front and back). Eventually they had 32 on five motorcycles! They toured the country putting on performances and participating in parades. Tony was always the main driver.

By now he had taught himself to operate his motorcycle while on 10 foot stilts—one hand, one foot! Anyway, something happened. He isn’t sure what it was—the wind, maybe?—and he fell off and got skinned up a little. He wasn’t sure if it was in front of Fidel Castro, but he said Castro was there. Tony finished his career as a “regular” motorcycle patrolman and he and his wife were given a beautiful house that they are authorized to run as a B&B for tourists.