History and Vision for the Lake Chapala Society 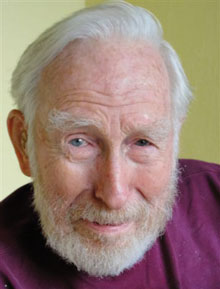 (Editor’s note: Arthur Melby, 92, is a longtime resident of Lakeside and was president of the Lake Chapala Society from 1989 to 1991. A native of Chicago, he served in military intelligence in Central and South America during World War II, owned a box factory in Guatemala in the 1950s and was a businessman in the bay area of California up until his retirement.)

Editor Alejandro Grattan has generously allowed me to share the history and vision of how the property and assets of the LCS might best be directed in order to preserve its long-term health and maintain its mission.

In 1983, after struggling along in a small building in Chapala, the LCS moved to Ajijic and began renting its current location from Neill James, longtime expatriate, silkworm farmer and a personal friend of mine. At the time, the LCS was essentially a haphazard library of moldering old books, a sincere commitment to provide services for young Mexicans seeking to improve their station in life and it served as a gathering place for expats.

In 1989, several active members asked me to become president of the LCS and I accepted with one caveat: that I could select my own board of directors. I invited people to serve in board positions who brought a breadth of experience and education to the cause. Among them were (all retired) Reg Moffet, insurance company executive; Norris Price, Air Force colonel; Cynthia Brown, chief of a university library; Robin Jupp, founder of our video library; and three people whose names are lost to memory, but who were a C.P.A. (acting as treasurer), an executive secretary on Wall Street, and Heather, who directed our talking library. Barbara Johnson audited the monthly financial statements as prepared by our treasurer.

At our first board meeting, I announced that we should convince Neill James to gift her entire property to the LCS in exchange for lifelong elder care. Miss Neill, now well into her 90’s, was having a difficult time managing her own affairs and I felt that we could create a win-win situation for both her and us. Both Miss Neill and the board eagerly agreed and 34 years after its founding, the LCS had its own home.

We set about hiring the necessary personnel to perform Miss Neill’s elder care and we gathered resources in order to repair her living quarters. Over the remaining years of her life, working together with caregivers Ellie Moffet, retired nurse; Anita Labra, a retired nun; Coralie White, bilingual and bicultural educator; Jillann Skaggs, treasurer; Doris Molinari, best friend; and Norris and Nancy Price, volunteers, we provided Miss James a dignified quality of life while we set about creating the LCS into something that could serve the expat and Mexican communities in perpetuity.

Over the term of my presidency, we performed numerous repairs to the structures, including shoring up a wall in order to prevent roof failure, and we renewed the landscaping on the property to its current glory. We also audited the library, discarding old books—such as Principles of Municipal Law in Virginia and West Virginia, surely a must-read for many—and books whose pages had been eaten by the cockroaches over the years.

We then found a book wholesaler that catered exclusively to libraries and I began scouring the New York Review of Books, the New Yorker and The Economist to develop a list of “wish list” titles, and we ordered the first 300 books.

We also began many of the other services and amenities that members enjoy today: the self-help mailing service; replacement of dangerous, rickety furnishings; constructed a new business office from old bricks on the property; produced a monthly newsletter; and producing a professional membership directory for which all bills were paid by advertising sold. We began the US and Canadian Independence Day celebrations during my presidency. We held our monthly board meetings in the bar of the Nueva Posada.

I personally closed a deal with Ed Wilkes, a long-time volunteer in the LCS library, whereby he would donate his house to the organization to be used after his death, with no restrictions. Eventually, the Ed Wilkes Center came into being and it currently houses the educational programs for the youth of the village.

At my last board meeting, I proposed that we begin an English language school, and soon thereafter we launched it with $1,300 dollars, gathered from various generous members, with Norine Rose as the capable administrator.

To see the Lake Chapala Society suffer from a lack of wise governance and vision, and to witness the energy wasting tug-of-war by various factions over its future, discourages me. There is so much that can be done with this important community asset, if we will all get involved in the spirit of camaraderie as was done so many years ago.

I will share such a vision in another edition of the Ojo del Lago. Should you wish to discuss my ideas in person, you may call me at 765-4548. Now is the time to act and I ask that you all get involved. 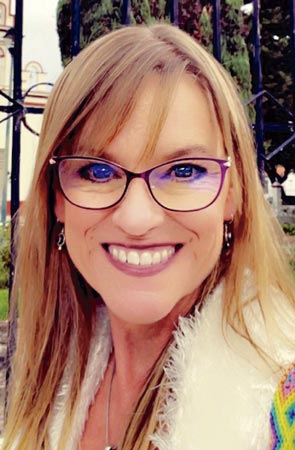 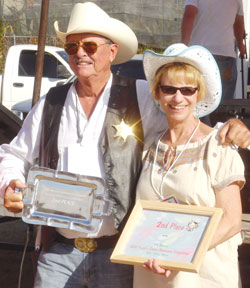