CHILD of the month 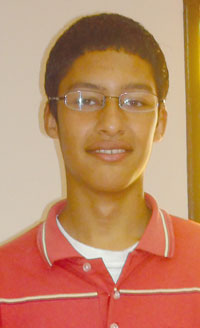 This handsome 15-year old is José de Jesús Beltrán Velazco. “Chuy” is in his last year of junior high and will start high school (“Prepa”) in September. He lives with his parents and one sister in Chapala.

Most of the children that Niños Incapacitados features in this monthly article are younger, since many of “our” kids have diseases or conditions that affect them early in life.

In Chuy’s case, however, his problem began just a year and a half ago when one day while working at the computer at home, he lost sight in one eye and then fainted. Luckily, the loss of vision was only temporary, and when he recovered from the fainting spell, his parents took him up to the Hospital Civil in Guadalajara where he was evaluated by a neurosurgeon.

As it turns out, Chuy has what is known as PSE, or photosensitive epilepsy, a condition more frequent in the age of computers and video games, but which has also been documented before the computer age.

PSE is a type of seizure disorder that affects about five in 100 people, usually in pre-adolescent and teen years. It will trigger a seizure when the person is exposed to certain visual stimuli, particularly stimuli caused by rapidly flickering images (or lights) and especially with boldly contrasting tones (black and white). Back in the days of disco, strobe lights on the dance floor were known to cause seizures in some people who had never before experienced that type of an “attack.”

PSE is a condition that usually lessens in intensity with time, but usually an anti-seizure drug is needed for a while so the person will not be bothered by seizures. Chuy is on a low dose of such a drug and the doctors are telling his parents that if he doesn’t have another seizure within the year, they will begin lowering the dose of the drug every month until hopefully he can come off of it completely. Fortunately, he has not had a seizure in over nine months.

Chuy has adapted well to this new condition but with a caveat from his doctors that computer time be limited to two hours per day with a 10-minute break every hour. If he feels a seizure about to happen he is to cover one eye completely until the seizure passes. Also, no TV or computer time in a completely dark room; a table lamp or other light source should be illuminating the room as well as the screen.

Chuy and his parents were charming guests at our last monthly meeting and very thankful to Niños Incapacitados for our help in paying for his medications and check-ups. When asked what he wanted to be in the future, without hesitation he said “a pilot in the Air Force.” For now, Chuy is a very good student, enjoys playing basketball (he’s tall) and American football (not soccer).

To learn more about what Niños Incapacitados is all about and to meet another of the children we assist with medical expenses, please join us the second Thursday of each month at 10:00 in one of the meeting rooms at the Hotel Real de Chapala in La Floresta. And again, to all of you who supported our annual Spring Fling fundraiser on March 3, we thank you very much. 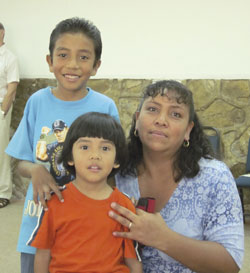 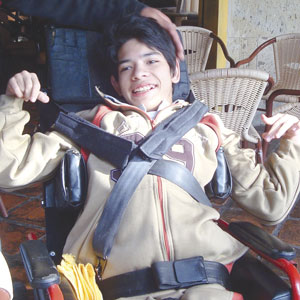 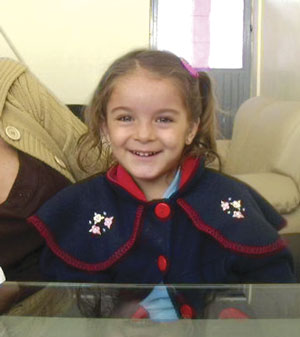