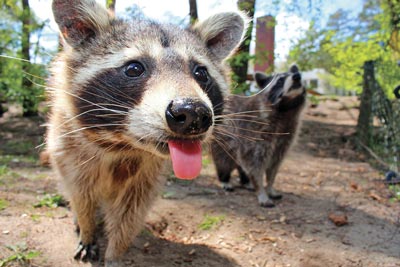 My husband Michael and I have been boating together since before we were married. For many years we lived on the shores of Lake Ontario, in and around Toronto, but kept our boat several hours drive north, on Georgian Bay. For those who may be geographically challenged, Georgian Bay is a large body of water attached to Lake Huron, carved out of the bedrock by glaciers millions of years ago.   It is rugged, wild, and incredibly beautiful.   Our favourite playground was called 30,000 Islands, for good reason, a stretch of coastline filled with bays and inlets, and places with names like  Frying Pan Island, Wreck Island, Echo Bay, San Souci (which means without care) or in today’s vernacular No Worries.

Otters and fishers play in the shallow shoreline areas, and beavers change the landscape with their lodges and dams. Sightings of deer, moose and bears are not uncommon. Rattlesnakes keep everyone on their toes, and the loons sing their mournful song while the ospreys dive for fish.

The boating season is short up there, from April or May when the ice melts, to the following October or November, when winter begins to set in again. But those summer months are glorious, and we spent as much time there as we could, forming lifelong friendships with other folks at the marina where we kept our boat.

One particular summer, about 8 years ago, the marina was plagued by an unusual number of raccoons.  We had all had our own encounters with the sneaky little thieves getting onboard and helping themselves to whatever goodies they could find, often with the boat owners present at the time of the crime, watching open mouthed as they were robbed of fruit, bread, snacks...anything edible. They can unzip zippers, undo snaps, open latches, and squeeze through very small spaces. They’re smart, and brazen, and pretty much fearless. They can cause thousands of dollars of damage if they decide to settle in for any length of time.   And, if cornered, can become quite vicious.

One Friday evening, Michael and I had just arrived at the marina, and loaded our weekend supplies onto the boat. One of our dock mates, being a good neighbour, had decided to open up his buddy’s boat across from us in preparation for their arrival. He climbed aboard, opened the canvas bridge enclosure, and went below to open up some of the windows. He came back out again very quickly, saying there was dog food strewn across the floor, and a raccoon asleep in the forward cabin. A very big raccoon.

Word quickly spread from boat to boat, and of course everyone had an opinion on what to do next, but the consensus was to wake it up somehow so it would leave the boat. We made sure kids and pets were safely out of the way, should the beast make a run for it along the dock.  A few of the guys started to bang on the hull. No reaction. Someone suggested firing an air horn through the open porthole.  Still no movement from Rocky.

The crowd was growing by this time, shouting suggestions and encouragement, all liberally fueled by Friday night cocktails. Finally, three brave souls (Michael included) decided to risk the dangers of a cranky raccoon. Armed with a fishing net and a chair cushion (don’t ask) they were going in. It got very quiet on the dock as the rest of us waited with baited breath and drinks in hand.

Suddenly, from on board, a flurry of activity, and a cheer from the three hunters as they appeared topside,  the vanquished marauder displayed for all to see. His limp body was held aloft in triumph for us all to admire. There was moment of shocked silence from the spectators on the dock.  We never thought they’d actually kill it. Just shoo it away.  And then we began to realize what had really happened,  and shouts of laughter filled the air.

So our good neighbour, who only wanted to do his friend a favour, ended up the talk of the marina, and the butt of more than one friendly joke, for organizing a hunting party for a stuffed toy raccoon.

And as for Rocky—well, he has moved up in the world, to a place of pride on the bridge!

But the question remains—how did all that dog food get scattered around inside the boat, and who, or what, is to blame? How did it get in? And, most importantly, will it come back? Probably—now that it has a friend on board!