The Greatest Novel Ever Written 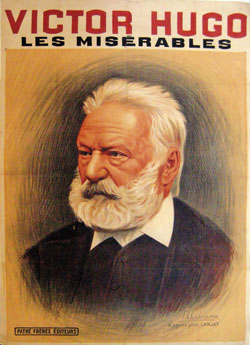 Hemingway thought Mark Twain’s Huckleberry Finn was one of the best novels ever written; others have thought it was Fitzgerald’s The Great Gatsby, or Melville’s Moby Dick, Emily Bronte’s Wuthering Heights, Remarque’s All Quiet on the Western Front, Tolstoy’s War and Peace, Jane Austen’s Pride and Prejudice, Steinbeck’s The Grapes of Wrath, Louisa May Alcott’s Little Women,  Dickens’ A Tale of Two Cities, Dostoyevsky’s The Brothers Karamazov, Margaret Mitchell’s Gone With the Wind or Gabriel García Márquez’s One Hundred Years of Solitude.

Also ranked very high by many literary critics/historians are Faulkner’s The Sound and the Fury, The Razor’s Edge by Somerset Maugham, Harper Lee’s To Kill a Mockingbird, Jack London’s The Call of the Wild, Kim by Rudyard Kipling, Hemingway’s  A Farewell to Arms and Arrowsmith by Sinclair Lewis.

Some of the criteria for calling anything “great” should start with a dictionary’s definition of the word itself, i.e., distinguished, important, celebrated, highest quality, widely admired, powerful, etc.

To the above and for our purposes here, we shall add: Immediate response, longevity, critical (educated) reaction, timeless (universal) theme, historical significance, unforgettable characters, impact on the time in which it was written, number of movies and plays based on the book, as well as the author’s place in the history of literature; finally, other works by the same author which further consolidate his/her eminence.

My choice is Victor Hugo’s Les Miserables. Completed in 1862, the English-language version was published in New York that same year to earn ecstatic reviews in all of the city’s major newspapers. As for other works by the same author, his unforgettable The Hunchback of Notre Dame (1831) was more than enough to certify Hugo’s literary stature. Further, his later novel was considered “the veritable mother-lode of French Literature,” this in a country that boasted of authors of such international renown as Zola, Moliere, Voltaire, Dumas and de Maupassant.

As for unforgettable characters, anyone who has ever read the book will never forget “Jean Valjean” and “Inspector Javert.” The characters are by now so well known that they have literally become archetypes in the public’s mind.

As for significance, the novel was about social injustice and the power of love to bring about personal redemption. The book (an astounding 1900 pages long) gave rise later to La Societe des Amis de Victor Hugo, established to promote his novels, something virtually unprecedented at that time anywhere in the world. (The only similar group I know of is the subsequent The Baker Street Irregulars, established many years ago in London to help keep alive Conan Doyle’s Sherlock Holmes stories.)

Moreover, there have been some half-dozen film adaptations of Hugo’s timeless novel, the 1935 MGM version with Fredric March and Charles Laughton the most celebrated. More recently, the musical based on the book has played to packed theaters all over the world.

As for the book’s impact, it created changes in France over the next 150 years, the more immediate being laws to allow convicts to reenter society, and amending the penal code regarding crimes of necessity (the poor stealing bread to feed their families, etc.) to insure that they no longer could be sentenced to hard labor. Other changes involved creating more employment for the uneducated, building schools for the poor, and making elementary education both universal and obligatory. More than any other person, Hugo gave France its social conscience.

He began writing the novel at age 43, and at that same age he was made a peer by the French realm, but he did not continue working on the book until 13 years later, while living on the Isle of Guernsey after he was banished from France by Napoleon III, whom Hugo had accused of taking power illegitimately in an eloquent if blistering charge which became a rallying point for those disenchanted with the emperor’s autocratic regime.

Victor Hugo eventually returned triumphantly to France in 1870, having finally entered the pantheon of the world’s greatest writers.