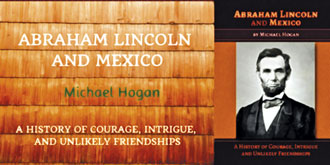 The Little Theatre was jam-packed with ex-pats and Mexicans affably getting to know one another. Excited chatter filled the hall and patio of our Lakeside Little Theatre. You could tell that something special was about to happen.  Attractive women in beautiful outfits and admiring gazes gathered around playwright Dr. Michael Hogan like groupies around a rock star. And Michael was the star and the play was the star and the kids were the stars in the playhouse firmament.

LLT president Peter Luciano enthused about how wonderful the young cast and crew had been to work with, how well the performance went the night before, and how impressed he was with the play, Lincoln and Mexico.  When the chime sounded, we all took our seats and paid attention to Peter. He said that the two performances represented a major move for the 50 year-old theatre, a move to create a long-term relationship with the American School Foundation of Guadalajara, one of the top 15 American high schools in the world.

He praised the kids, the school’s drama department, especially Stacy Ohrt Billingslea, its fantastic director, the author/playwright, and then (bombshell) announced that the Board had decided therefore that all the proceeds from the two performances would be given to the school’s Drama Department. Cheers rang out loud and clear. Then it was Dr. Hogan’s turn and beside him stood a young woman of perhaps 21. A thunderous applause ensued and continued and got louder with sustained cheers.

A somewhat embarrassed Hogan thanked us all and introduced Luciana Mendez, one of his longtime students who had just flown in from Chicago where she now attends DePaul University. He explained that without the nagging of Luciana, he would never have completed the book or begun the play. She was his muse. The Luciana character actually appeared in the play, and yes, she nagged and cajoled. After the cheering died down, friends and new friends continued to buzz about what they had just seen and heard.  One enthusiast said, “It doesn’t get better than this.”

The play itself was better than the performance in Guadalajara, in this writer’s opinion. Of course the kids knew their lines cold, so the acting was better. There were some sound issues but the light shows included an innovation not often seen. The players representing Abe, Mary Todd and friends suddenly went silent, and a projection appeared on a screen of an angry Benito Juarez and a cowering aide. They were student players who had videotaped the scene prior to the show!  Also on the screen appeared actual movie battle scenes, bloody scenes that gave us a real look at the Civil War.  Mary Todd in Susie’s Millinery Shop was a thigh-slapper. Anyway, the play was a huge hit, the ovations rolled on.  Hugs and kisses and tears of joy prevailed.  It was a triumph of the first water for Dr. Hogan. He was caught up in the evening and he was celebrated...What a night! 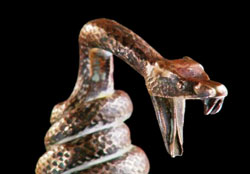 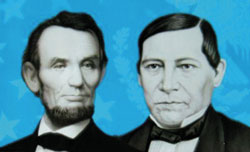