By Henri Loridans
This email address is being protected from spambots. You need JavaScript enabled to view it.

The health care system in the United States is the costliest among the ten wealthiest nations in the world, and the general health of U.S. citizens is the worst among these countries. The life expectancy of a Canadian is 81.3 years compared to an American expectancy of 78.1 years. The U.S. is also the only one of these countries not to guarantee full healthcare to all its citizens. Living in an area with many retired and semi-retired Canadians has given me the opportunity to learn more of the Canadian system, not only from academic sources, but also first hand from those who have experienced coverage in Canada.

I have asked 45 Canadians living full time or part time in Mexico “what changes, if any, would you make in the Canadian Health Care System?” Several said they would make revisions. Only two said they would scrap the entire plan. I later discovered that one of the scrappers had moved to the U.S. and established an insurance agency. Those Canadians I questioned included professionals, executives, and a conservative syndicated columnist. Not being a professional pollster, I checked the Pros; one found that 91% of Canadians strongly prefer their system over that of the U.S.; another came up with an 82% preference.

The problems that the Canadians complained of were:

Utilizing a Federal vs. a Provincial coverage

The almost universal follow-up was that they would rather work to iron out these kinks than make basic changes to the system. One Dual Citizen added that “If one is covered or has deep pockets I feel the US has excellent medical care.”

In Canada, the system is administered by the Provinces. Health Care is funded by both the Federal Government and the Provinces. Each citizen is taxed in accordance with his ability to pay. In the U.S. in 2016 the average cost for an individual for health insurance was $386.00 dollars per month. The cost for the average U.S. family exceeded $25,000.00 per year. These costs did not factor in deductibles or co-pays. In Canada in 2015, the average family of five paid the equivalent of $11,735.00 U.S. per year for 100% medical coverage. Canadian coverage does not include 100% of pharmaceuticals. But, for example, in Ontario 4,400 basic drugs are covered.

What happens to a Health Insurance premium in the U.S. before it reaches a health care provider? First the insurance agent receives a commission. Then the insurance agency takes a portion to cover overhead, salaries, and profits for owners. The funds then go to the Insurance Company which takes a portion to cover overhead, salaries and advertising. The company officers and directors, in order to keep their jobs, must make sure that the stockholders receive ample dividends. In 2012 the Health Care Industry in the U.S. spent more than $500,000,000.00 lobbying Congress and the Federal Government. That was more than any other industrial sector. That year, 2,400 individuals were registered as lobbyists for the Health Care Industry.

In the single pay system, the overhead of the health care provider is simplified and cost efficient. A secretary fills out an uncomplicated form and the provider is paid. There is no need for an employee to analyze a complicated insurance policy, and the provider does not have to hire a lawyer to collect from patients who have trouble paying their co-pays or deductibles. When Dr. Tom Price was being confirmed as Secretary of Health and Human Services, he testified before the Senate Committee that many doctors have more business employees on their staff to process insurance claims and collect bills than they have nurses and technicians to assist in the administration of health care.

A switch to single pay would also put all health care under a single umbrella. No need for separate administration for Medicare, Medicaid, Veterans’ Care or the problem emergency facilities have with care for indigents.

When the Canadian pays his taxes, the funds are administrated by non-profit entities, primarily Provincial agencies. The portion of taxes for health care is calculated by the same formula for each citizen regardless of age. It is the same for healthy 20 and 30 year olds as it is for the elderly with increasing health problems. In the U.S. system, many twenty and thirty year olds think it is unfair to pay for health insurance they don’t need. Compare the Canadian system to U.S. Social Security. I began paying my Social Security taxes when I had a part time job at 16. I continued to pay for 46 years and did not realize a nickel of my investment until I reached the age of 62. If I had died at 61 I would have received no return on my almost half century of payments. SS gives invaluable security to Americans as either basic or additional security in their retirement.

Why do so many Americans so adamantly oppose Single Pay? Many say it’s because they would not be able to choose their doctor. Canadians do pick the doctor they want. Others are horrified by anything socialistic. In the U.S., the Government accomplished creating Social Security which keeps a multitude from ending up in the Poor House. The private sector could not have mandated payment into a retirement plan. The same rationale applies to health care. Then, perhaps to some, the payment of a tax is more odious than a premium, even if the tax is much lower.

The system, as it exists in America, cannot mandate that all citizens provide themselves with health coverage. There will be some who use their available funds to pay for a child’s education. Others will fritter away more than they have on trips to Las Vegas. In either case, a civilized society will not permit a citizen to suffer or die from lack of basic health care, the costs for which will be borne unfairly by the more benevolent and charitable among us.

A 2014 survey revealed that among the advanced nations, the United States paid more for health care, and yet had the worst performance. Is there a valid argument for the maintenance of a second class system for which citizens pay their medical bills with premiums from which are deducted not only overhead, but also commissions, profits, dividends, advertisements, payments to lobbyists, and campaign contributions?

Americans could learn from those countries that have pioneered with health care and develop a superior plan, but no such plan should include payments of premiums to the “for profit” Insurance Industry. 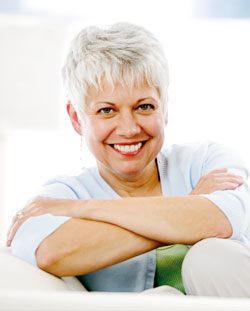 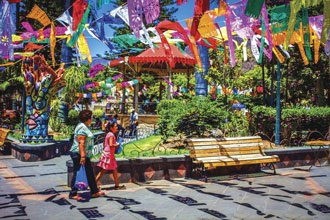 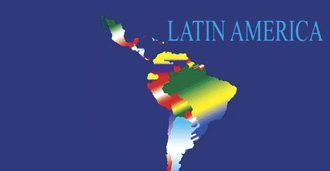