To That Dog Poisoner 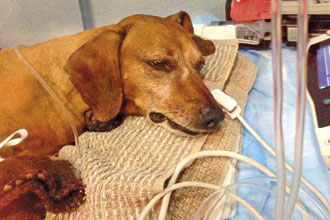 You must be a very brave man… not that it takes bravery to buy poison and place it into raw chicken and drop that poisoned chicken in various locations for dogs to find and eat, no, that doesn’t take bravery, that takes a certain psychotic personality disorder with sociopathic tendencies. That takes an enormous degree of psychological damage. In fact, enough psychological damage that it would allow cruelty most normal people wouldn’t be able to muster against a decent, domesticated animal which shows only love and loyalty to its owner.

I say you are brave, not in any positive interpretation of the word, but in a low, cunning, hateful way, because if you are ever caught… I do not want to get into threats, but there are only a few ways your capture would resolve. Either, the person who caught you would make sure you are turned into the police. This would be the least of your worries. Since cruelty to animals is now a crime punishable by a prison term, you would be eating beans and tortillas for years while some of the animal loving prisoners passed you around for their sexual amusement.

Of that category there are those who would pick your bait up, follow you home and force you to eat your own poison. That would be the most merciful thing to do, because, on the other hand, there are those who say: “Why should someone as decent and brilliant and productive as Stephen Hawking have to live the way he does, in a wheelchair, unable to speak or function without the help of sophisticated machines, slowly deteriorating and in constant pain when there are people like you - a psychopathic, dog murdering, pile of human feces, a suppurating pustule polluting the world, walking around on two unbroken legs and using his able bodied circumstances to kill dogs?”

Those people might see a terrible injustice in the world that needs righting and may put you in a bath-chair the rest of your miserable life, blubbering to your caretaker about how you hate dogs through a mouth full of broken teeth. Yes, indeed you are a brave man.

You’re not too bright though, are you? I mean, Mexico has children running around the streets playing in the sunshine, laughing and having fun without a care in the world. What if one of those children picked up one of your poisoned leavings and ate it? You would be responsible for the death of a child. How would that feel to you?

If you are smiling now, you should definitely seek psychological help and pray that you are kept in a rubber room the rest of your life. If you are not smiling now - quit while you can, because you are taking an enormous risk on several fronts.

Anyone Train Dog - April 2011
Anyone Can Train Their Dog By Art Hess   Obesity is the leading nutritional disease across America and affects far too many of our pets. If your