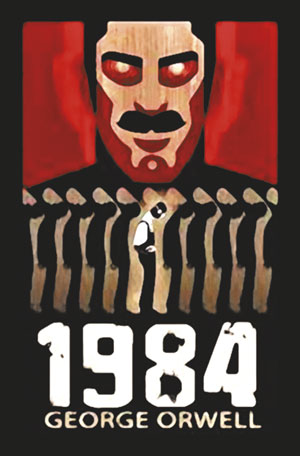 To protest President Donald Trump’s alleged proposed cuts on cultural programs, including the entire elimination of the National Endowment for the Arts, participating theaters in April throughout the United States and other countries screened the film 1984 based on the novel by George Orwell.

The story centers on Winston Smith, whose job is to rewrite history for the Ministry of Truth. Orwell’s novel depicts a dystopian future with a Big Brother government that manufactures its own facts, demands total obedience, and demonizes enemies. To rebel against Big Brother’s tyranny, Winston begins a secret diary, an act punishable by death. The theaters chose April because that is the month in which Winston starts his diary. What distressed me was its similarity to the Presidency of Donald Trump who has espoused Big Brother’s authoritarian philosophy.

Trump’s lies are tasteless and more typical of an elementary school bully. He repeats his lies and his listeners are amazed in disbelief. His utter disregard for truth, given in a tone of anger and narcissism, brings us back to Orwell’s portrayal of an authoritarian head of state, who maintains power by falsifying reality and constantly repeating the falsehoods. Since fighting lies becomes exhausting, it is easier to accept them.

When Trump uttered the ridiculous story about the three million illegal voters or that President Obama wire-tapped him — stories that no one actually believed to be true—he did not really care if anyone believed him. Once lies that big are made public, rational discussion becomes impossible. That was the Big Lie theory popularized by Joseph Goebbels, Reich Minister of Propaganda of Nazi Germany during WW II. The technique, coined by Hitler in Mien Kampf, was to tell a lie so colossal that people would believe it because they could not conceive of a leader distorting the truth so brazenly.

CNN’s Jake Tapper, who announced publicly that there was no evidence to support Trump’s assertions, gave credence to them by asking Trump whether there ought to be an investigation. An honest investigation would turn up no proof of these charges. But that’s the trap. A secret commission would question witnesses and might honestly conclude that there was some minuscule evidence of voter fraud. Then Trump would be able to use his commission’s findings to continue his lie. Republicans in Congress would then be able to use the voter fraud issue to pass laws to turn away minority voters.

When Trump appointed Steve Bannon as an advisor, it was as insane as Caligula, the mad Roman emperor, appointing his horse to the Roman Senate. But the Republican Party is now in the majority and they refuse to get into disputes about the Emperor’s personnel choices, admitting only that he’s an unorthodox kind of Emperor.

When authoritarianism is based on an irrational ideology, well-meaning people say that it can’t last, whether it’s the theocratic revolution in Iran or this first truly autocratic administration in American history. But what if people are wrong? Trump’s politics may be incompetent, inconsistent, and contemptuous of truth and reason. It does not matter because his base believes him. They believe competence, consistency, and the accumulation of evidence have historically allowed educated people to act as if they are superior. Having experienced this imagined condescension, conservative intellectuals hate those who oppose and demonstrate against the demagogue, whom they may even dislike. But if they must choose, they will choose the demagogue because they accept the concept of schadenfreude, taking pleasure in the misery of others. They would rather make their opponents miserable than make themselves happy.

There is, however, a positive side: the women’s marches—the unified, peaceful, mass protests against Trump’s policies. Perhaps this will be the first of many. Although their slogans sounded a bit like Winston’s secret writings in 1984, let’s hope they continue. 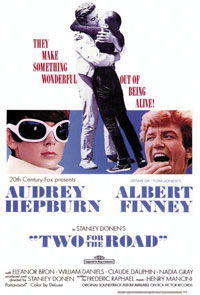