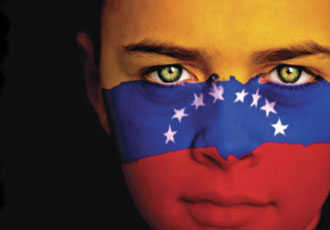 This is a personal anecdote written through the eyes of Juan Mata, a laborer in the mill where I was assistant manager for two and a half years. He accurately describes the painful lessons I experienced in my earliest years as an expatriate in Cumaná, Venezuela. The story also is of the clash of cultures affecting people helpless in an indifferent world—Robert Bruce Drynan

They sent us another gringo. The gringo jefes in Caracas don’t trust the new jefe Guaicaipuro. Maybe they send this gringo to watch him. Not so stupid after all. The other gringo jefes they sent before Guaicaipuro were hard to understand. Now they send Guaicaipuro as the jefe and he doesn’t talk to us. This gringo is the segundo, but he speaks Spanish. Sometimes he sounds awkward but we understand him. He doesn’t always understand what we say. He acts as if he likes us, but maybe he’s just stupid.

We’ll find out soon, he comes early and stays late. He comes into the mill and talks. He went down into the ship and shoveled wheat in the heat and swirling dust. He learns what our work is like. Guaicaipuro acts like a Gran Criollo Venezolano, doesn’t like to go into the mill. It is hot and dirty. He leaves the mill to the gringo and takes the telephone girl to his apartment to please him. He won’t come to the Primero de Mayo Fiesta, but the gringo will be there.

¿Que Pasa? Domingo and Orlando are fighting! Too much cerveza, no they brought aguardiente. Pendejos! They act like big machos, but they won’t kill.  All show, they don’t have the cojones.

There goes the gringo! Señor Roberto, don’t be stupid! He is angry. He steps between them, takes the knife from Lando, then makes Mingo give him the scissors. He tells them they are fired, to come into the office in the morning and he will pay them. This gringo has cojones, but he is stupid. He should look away. Mingo and Lando will lose their jobs over a stupid macho show. Ten live in Mingo’s choza on his wages. Lando has a woman and two niños. What will they do?  I will explain to this gringo.

I walk up behind the gringo. He is urinating behind the bushes. I piss also. “Señor Roberto,” I say, “You should not have interfered with Mingo and Lando. No harm would have come of the show.”

He looks at me. “You are Juan Mata,” he says. “They say you have killed in a knife fight.”

“Two times,” I say. “But Lando and Mingo are pendejos; all colored feathers and no rooster. They would not kill. Sober, they are friends. They have families; women and children depend on them. We are all poor. Now you have fired them.”

The gringo looks at me as he closes his trousers, and I continue to relieve myself, “How should I know this,” he asks. “I cannot allow our workers to stab each other at a company sponsored party.  You say you have killed men, yet you tell me they won’t do the same.”

He looks back into my eyes, but saying nothing for a moment. Then the gringo says, “They have to go, because the others saw me stop the fight. I can’t let the other workers think that I will tolerate fighting among our employees.”

The gringo turned to go, then stopped and told me, “Gracias, Juan Mata,” he shook his head, “I will not fire them. I will allow them to quit and pay them full severance. I may be able to assist Orlando to find employment somewhere else. I have seen he is a good worker, but he can’t stay with us. Domingo shirks hard work and leaves it for others to do. I will not recommend him.”

This gringo observes. He sees us. He listens. Maybe he is not so stupid.

I think Eulalia is pretty.  She is young and lives in a barrio outside of the city. No bus goes there. She has a long walk to return to the choza where she lives with her children, her mother, her sisters and a cousin.

She talks to me sometimes. I have been with her once; during the Carnival Fiesta two years ago. We met at the parade with all the floats, costumes, music and we danced and drank some aguardiente. No one bothered her while she was with me, because it is known that I have killed two men. She came to my casa with me that night. I have a house, but I am alone. Nobody will live with me, maybe because I have killed, maybe because I am ugly.

When the gringo changed her working hours Eulalia became pregnant with her third child. She was with many men, but none of her choosing. They would wait for her to return from work and take her, sometimes more than one. This she told me many months later when she was about to have the third baby. She said she was afraid to complain to the gringo, because her family needed the money from her job.

I told her to speak to the gringo, because he would listen. I told her how he had listened to me, how he had learned from the fight between Lando and Mingo. He would not allow such things to happen to her if he knew. She was afraid, so I told her I would speak for her. She said no, but she would think about telling the gringo.

After she had the baby, she went back to work and asked the gringo to change her hours back to the way they were. She said his face changed when she told him why and she thought he had become very angry with her. He was angry, but not with her, and he was ashamed. He wanted to do something to those men who had attacked her. She said it was too late for that. The police would do nothing. And those who had assaulted her would make it bad for her and her family, if she brought trouble to them. But, she could not afford to have any more children.

I think she likes me. I can fight men with knives. Of them I am not afraid, but . . . I would like to ask Eulalia to bring her family and live with me in my casa. I can make her safe there and maybe . . . she won’t see me as ugly.

GRINGO GOOFS - May 2009
GRINGO GOOFS By Eric Roberts   In Spain many years ago at the University of Salamanca, the waiter came around asking for drinks? I did not know