Now that baseball season is back, I am reminded of the fact that Alex Rodriguez’ suspension will save the Yankees lots of money this season. His salary for 2013 alone was $28 million. That’s almost $173,000 a game, approximately four hundred times the salary of an average American wage earner. How can anyone justify such remuneration? The common justification we hear is, “He’s paid what he’s worth.  If he can demand that kind of money in the free market then, by definition, he’s worth it.” I don’t think we should buy that argument.

Robert Reich, an economics professor at the University of California at Berkeley, who served in the Ford, Carter, and Clinton administrations, has been writing widely about the problems of growing income inequality.  The statistics I am using here come from his research. Now there are 1,085,000 people in the United States working for the minimum wage. The federal minimum wage is presently $7.25 per hour. The average pay for CEO’s at the top 350 firms was over $14 million in 2012, or 933 times the pay of the minimum wage worker.  I agree that the CEO’s are highly educated and sometimes provide valuable services to the companies they head, but no one’s labor is worth over 900 times another person’s labor!  Even if we compare the CEO’s wages with that of the average American worker’s wage of $44,000, that’s over 300 times higher.

The average Wall Street bonus was about $164,000 last year. The total money expended just on bonuses for Wall Street executives was $26.4 billion. That’s enough to double the salary of all minimum wage workers in the United States!

Fifty years ago, the average GM worker earned $35 per hour, and those jobs were frequently held by workers with a high school education or less.  Today, with a considerably higher cost of living, the average Walmart worker gets $8.80 an hour.  Fifty years ago, about a third of American workers belonged to unions; today only 7% of private-sector workers are unionized.  Complain about unions all you want, they served to more fairly distribute the money within corporations.  With union membership falling, the CEO’s are getting more while the workers are getting less.

This brings me to the primary question. Do people really earn money based on what they’re worth? That’s the myth of the free market, but it’s laughably false.  Why should a guy who can whack a baseball over a fence earn significantly more than a surgeon who can fix a heart or a brain? Why should that surgeon earn so much more than a front-line family practice physician?  Why should that family practice physician earn so much more than a good tax accountant? Why should the tax accountant earn more than an experienced teacher? Why should almost everyone earn significantly more than a Walmart worker? Of course, pay should be based on the amount of training one needs to acquire the skill level required to do the work, but we are not paying people based on what they’re worth.

My wife and my three children and I have all chosen to earn our living in education and social work; as a result, and we knew this going in, we all have earned less than others with similar or less education and training.  That’s fine.  We understand that.  But is that all we’re worth?  Isn’t it fair to ask if CEO’s, surgeons, and yes, baseball players are really worth the exorbitant sums they are paid.  We will never address the income inequality until we answer that question honestly.

Hearts at Work - May 2009
Hearts at Work —A Column by Jim Tipton “Gossip”   What is gossip? Here are some indicators: 1) You talk about someone and your intention 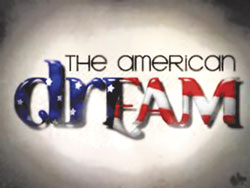