(Wherein we publish some comments about our previous issues.)

VIEW FROM THE SOUTH SHORE

I lived in San Cristobal Zapotitlan on the south shore for 18 months. I, too, love the view from and the ambiance of the south shore. However, watching the development going on in San Juan Cosala and El Chante from that perspective is pretty much fear-inspiring.

In San Juan Cosala, the obvious differences between the mountain side of SJC and the parts south of the carretera just scream to me that there’s another revolution or uprising waiting to happen there because the class divisions are so obvious.

And as for the developments in El Chante? Some of them are so appalling that they made me shudder.

Things that you drive by every day on the north shore and ignore or don’t see really need to be seen from the south shore by every person who lives on the north side of the lake.

I especially like #6 because it has the added benefit of greatly increasing the country’s GDP. Due to a quirk in economic theory, a car crash adds to the GDP calculation as shown by the following examples:

So have more car crashes and pull your country’s economy out of the dumpster. 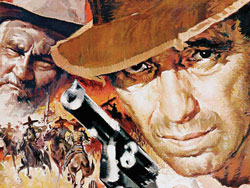 Editor’s Page - January 2013
Editor’s Page By Alejandro Grattan-Dominguez Anatomy of a Masterpiece   The Treasure of the Sierra Madre is my favorite movie; probably seen