What We Think We Know 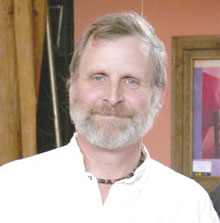 This column, which I have been writing every month since January of 2007 is called, of course, Uncommon Common Sense. This phrase, coined by Benjamin Franklin, infers that common sense is indeed a good thing.  Many would agree. After all, we see lots of examples in public affairs and in private behavior when people have neglected to “use their common sense,” often with predictable results.

Perhaps ironically, I am going take issue with this notion. In fact, I don’t  think using common sense is a very reliable method for making judgments.  Common sense, as we understand the term, means that some “truths” are so obvious that they do not require any special examination. As Daniel Kahneman has persuasively pointed out, we often make decisions rapidly without really evaluating the evidence, often because the facts seem so obvious, they don’t call for much evaluation.

But let’s look at some examples.  It seems obvious that keeping a clean house and practicing good hygiene eliminates many germs and is good for our health, especially our children’s health. Well, not really. Some recent research indicates that keeping our environment super clean actually kills too many good bacteria and leaves us susceptible to more illness.

Isn’t it common sense that early detection of cancerous tumors increases the chances that the cancer will be curable? Well, sometimes yes.  New data, however, seems to indicate that there are some cancers which are not destined to present a threat to the patient’s life, and early detection may lead to potentially dangerous interventions.  Some aggressive breast cancers may not be curable, even if they are discovered early.  This information is very counterintuitive, but apparently true.

Taking supplements?  Good idea?  Maybe.  But research seems to question the idea that isolating a particular substance and taking it in supplement form is not nearly as beneficial as eating the whole food which contains the nutrient. Avoiding red meat, eggs, and saturated fats to prevent heart disease? Seemed like common sense because these foods tended to increase cholesterol which correlates with cardiovascular disease.  Now scientists think the real culprit is not cholesterol but inflammation, caused more by sugar and refined carbohydrates. The entire paradigm of treating the number one killer is changing.

Often, the counterintuitive solutions make more sense. Common sense might dictate that we should cut spending and implement austerity budgets when the economy is faltering and government deficits grow.  Well, it may seem so, but some new evaluation of economic data does not bear this out. Government stimulus spending is sometimes the best tonic; the best cure for budget deficits is a strong, growing economy which increases tax revenues. Not so obvious, perhaps, but more likely true.  See how well the austerity approach has worked in the European Union.

The truth is, we can’t always trust what seems obvious. At one time it seemed like common sense that sparing the rod spoiled the child, post-op patients needed lots of bed rest, homosexuality was a mental illness, and prohibition would create a more moral, god-fearing society.

So much for common sense.