Report From The Future 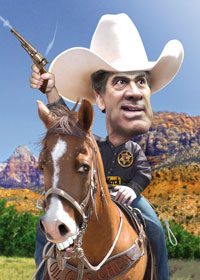 Via a worm hole in the universe, I have a report from the future. Believe it or not, Rick Perry is going to be our next President. This may seem hard to believe, especially after his recent, disastrous, debate performance, but stranger things have happened. Here is a scholarly review of what happened, from the perspective of January, 2021.

“Now that President Perry has left office, it is time to review the miracle events which led him to win the Presidency.  First, Romney was driven out of the race after it was proved that he was not a Mormon, but actually a Hindu. The secret came out when TV cameras caught him privately chanting, “Hari Krishna, Hari Krishna, Krishna Krishna, Hari Hari...” Romney retired from politics and became the voice of the Meditation Channel on cable TV.

Newt Gingrich now became the front runner. His campaign fell apart when it was discovered that Gingrich had an I. Q. of 132, genius category. Rank and file Republicans just could no longer trust a genius as their front runner. He left the scene in disgrace, and, strangely enough, all records of his campaign mysteriously disappeared.

Now it was Michelle Bachman’s turn. She led Perry by an insurmountable lead, particularly after she defeated him in their famous Iowa debate. Experts still wonder how The Congresswoman, not known for her debating skills, was able to outdebate Perry when she had laryngitis and couldn’t speak. Perry probably lost the debate when he couldn’t answer a question about his wife’s first name. It wouldn’t have been so bad, but he spent 15 minutes stumbling on and on about the subject, asking for hints from the audience. The next day Perry partially recovered by blaming the media for their “Gotcha” question.

Bachman’s campaign faltered when it was discovered that she had divorced her husband and secretly re-married, this time to entertainer Ellen DeGeneres.

This left Governor Perry as the last man or woman, standing, and he easily defeated President Obama.

Now, Democrats and Republicans, alike, regard him as the greatest President in U. S. history. After all, didn’t he launch the “Golden Age of American Prosperity?” He also appointed our country’s greatest ever  Attorney General, former Fox News Host, Glenn Beck, who immediately deported every Mexican-looking person  in the country.

Of course, we also celebrate our complete victory over Islamic Terrorism and Al Queda. The key step here was appointing columnist Ann Coulter as Secretary of State. She used a common sense approach to the Arab world, which she had first proposed on September 14, 2001, “We should invade their countries, kill their leaders and convert them to Christianity.” When we actually did invade the entire Arab world, liberals predicted disaster. The Arab Street, however, applauded the invasion. They threw flowers at our troops in triumphant parades through Cairo, Tehran, and Dasmascus. Soon the entire Arab world was fundamentalist Christian, and Perry and Coulter won the first of their three Nobel Peace Prizes.

Here, today, in South Dakota, President Perry is finally getting the respect he deserves. Spadework has begun to erase the faces of Presidents Washington, Jefferson, Roosevelt, and Lincoln on Mount Rushmore to be replaced by Rick Perry, Glenn Beck, and Ann Coulter. Upon being informed of the honor, former President Perry famously stated, “This is one of the three great honors of my life: becoming the President, winning the Nobel Peace Prize, and now my face on Mount ..., What’s the third one there? My face on Mount... Dang it, it’s on the tip of my tongue.  My face on Mount... Oops.” 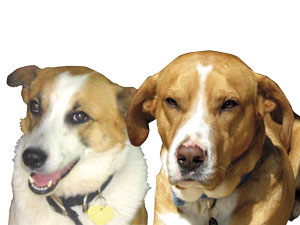 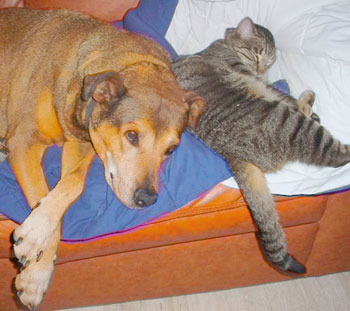 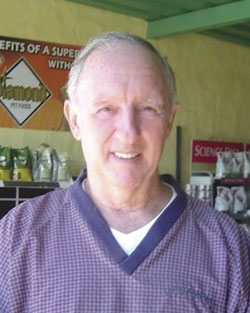