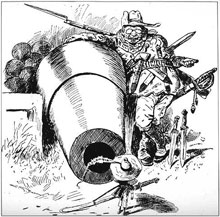 The observation of Memorial Day in the U.S. on May 25, when all Americans were asked to stop whatever they were doing and observe a minute of silence for members of the military who have “given their lives to preserve our freedom,” implied that all members of the U.S. armed services who have been killed in the course of military actions have died to preserve the freedom of Americans.

The current hugely expensive wars in Iraq and Afghanistan are cited as evidence that Athe price of freedom is not free.@ The presidential proclamation for a National Day of Prayer in May urged all U.S. citizens to pray for the troops, implying that they are fighting for American freedom on the side of God. But U.S. military actions have often been undertaken for reasons other than protecting the freedom of Americans: to acquire territory, as in the wars on Mexico and Spain, to oppose the influence of other nations and forms of government, as in Korea and Vietnam, or to project U.S. power and control resources, as in Iraq and Afghanistan. The false claim that all those killed in military actions have died to preserve freedom reflects an increasing glorification of the role of the military in U.S. life.

The U.S. has the most powerful and by far the most expensive military in the world, costing about as much as the rest of the world=s militaries combined and consuming a large share of the nation=s wealth. It has some 250 military installations in some 130 countries around the globe, including in places like Ecuador and the Caribbean resort island of Aruba that have no visible relevance to protecting Americans= freedom. It has just established an Africa command that will undoubtedly seek to establish bases on that continent. It has also established a new North America command that encompasses the U.S.

The president of the U.S. has pledged to increase the size of its armed forces and to Amaintain U.S. military dominance in the world@; the military is greatly augmented by private contractors providing mercenary and other services that are motivated to expand military operations to increase their enormous profits; and the neo-conservatives who promoted the war on Iraq to project American power in the world now advocate war on Iran and bombing North Korea.

Dwight Eisenhower=s cogent warning nearly fifty years ago about the dangerous self-serving power of the military-industrial complex has been ignored, and its influence on U.S. life and politics is clearly increasing. The U.S. armed forces and Boeing, Lockheed Martin and other manufacturers who supply them are advertising on TV that they exist to Apreserve American freedom@ through military strength. The number of Amilitary academies,@ public high schools operated by the military in which students wear military uniforms and drill as soldiers, and of Junior Reserve Officers Training Corps units in other public high schools is increasing.

The military was the only institution in which a majority of respondents to a recent General Social Survey expressed Agreat confidence.@ The president of the U.S. is increasingly referred to as the commander in chief, not just of the armed forces, which he is, but of all Americans, which he is not.

Memorial Day and Veterans Day have become occasions for glorifying the military and the use of military power to advance U.S. economic and political interests in the world. As I watched May 25 observances on TV, it seemed to me that it would more appropriately be called Militarism Day. 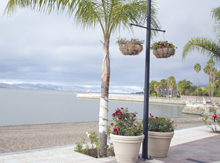 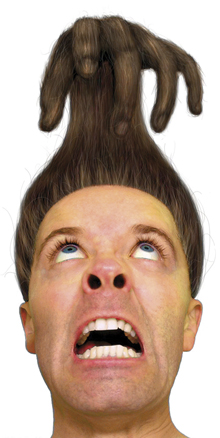