One cannot write objectively on world affairs without commenting on the often negative role America has played on the world stage. But Obama’s America now seeks to constructively re-engage with that world.

Climate Change. Over the years I have repeatedly stressed the need for America to join rather than resist the international consensuson climate change as the issue of our time. I have contrasted North America’s dismal record with that of Europe where far higher gasoline prices long since fostered fuel efficient vehicles, high speed rail networks, pedestrian friendly cities and more. I have set out per capita emissions by country to meaningfully compare vastly different population sizes. Europe’s per capita emissions, half those of North America’s, arefallingwhile those of China and India, though rising, are still but a fraction of Europe’s. In a December, 2006, column on Entrepreneurial Environmentalism I predicted theinevitable decline of the “no longer Big Three” after years of resisting auto efficiency and emissions standards as they promoted their gas guzzlers.

Now climate change denial has been vanquished. Green industries of the future, alternative energy sources, reduced dependence on oil, improved rail networks are key Obama responses to the economic crisis. America’s mantle of automotive leadership has been lost to other continents as Chrysler and GM go into bankruptcy. The EPA has declared greenhouse gases a health hazard to be regulated unless Congress moves quickly on the alternative of legislation. There is growing acceptance of the need to make advanced technologies freely available to emerging economies to ensure that curbing their emissions does not come at the expense of a long overdue improvement in the lot of impoverished peoples. America is finally providing leadership after years of intransigence. Harper’s minority government in Canada will find it necessary to realign its policies to conform. The next critical milestone will be the UN Climate Change summit in Copenhagen in December. America could play a significant role in achieving a global consensus for beyond 2012.

Israeli Palestinian Dispute. More than three decades ago I spent time in Israel and the West Bank. I heard gunfire on Temple Mount, encountered roadblocks in the West Bank, saw bleak Palestinian refugee camps in the desert. Over the years I have written many times on this complex unresolved conflict. In Cairo Obama made a monumental start on rebuilding relations with the Muslim fifth of humanity. In perhaps the most thoughtfully prepared speech ever made by anyone he addressed the Israeli Palestinian dispute at the root of much of our global strife. He drew on his own Muslim roots and he quoted from the Quran. In impeccably balanced language he described America’s special relationship with Israel as ‘unbreakable’ even as he described the plight of the Palestinian’s as ‘intolerable’. He placed the ultimate goal of two viable states living peacefully and securely side by side as beyond debate saying “It is time for us to act on what everyone knows to be true.” He pressed Netanjahu by calling for a halt on settlement expansion in the West Bank and condemned both Hammas violence and Holocaust deniers. The following day he paid moving tribute to victims of the Holocaust at the Buchenwald Death Camp in Germany. The world Muslim community and pro­gressive elements in all camps responded positively.

America had turned a page. 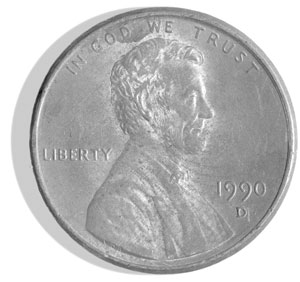