Planting For The Future 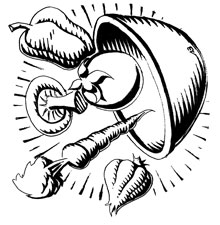 On TV recently, a sweet bright young thing got a glowing look on her face and said that when the earliest known great natural disaster wiped out all life on earth, it was only 150 million years before life appeared again. She seemed cheered by this discovery, as though we should be reassured that we aren’t doomed to be a failed planet after all, no matter how many great disasters hit.

I found this very depressing. I might not mind, if I did not think that life on earth is going to hell in a plastic bag (hand baskets are out) faster than we can figure out what to do. But lately, I’ve begun to think that the future for humans is going to be scary and short.

My biggest worry is the food supply. If Monsanto disappears in a cloud of radioactive gas or drowns in the water from the polar ice cap (both attractive thoughts), where are we going to get our seed to grow our produce so we can survive? Those hybrid seeds created by the big agro companies do not reproduce, and they interbreed with reproducing varieties so those don’t reproduce either. Here we are in a fertile area of the highlands of Mexico, where you can just put a stick in the ground and it will sprout. But what if we don’t want to eat sprouted sticks? If we can’t get hybrid seed, what will we grow?

I am very angry at Monsanto for luring the Mexican government into supporting genetically modified seed that threatens native varieties of corn. My frustration is that no matter what diatribes I write, my influence is nil, and native corn in Mexico is headed for oblivion. I’m mad as hell but I can’t figure out anything to do.

Finally, after much huffing and puffing, I’ve thought of a way to make my point. When I die, I will have my body cremated, but I will have my remains buried in a deluxe all-steel impermeable coffin that will be filled with seed corn to be discovered by archeologists of the future, whatever their buggy-looking glutinous bodies from outer space may look like. It will be my legacy, and just maybe organic agriculture will win in the end.

In the meantime, if you share my frustration, support ACÁ and traditional farming. Their heirloom varieties are raised for taste, not for large scale production and distribution. They reproduce seed themselves, just as farmers in Mexico have been doing for generations, by saving the best seed of the strongest growing and best-tasting plants.

ACÁ’s Great Greens are at SuperLake and the Lake Chapala Society, or stop at the ACÁ demonstration farm and Eco Center in Jaltepec (M-F 9-5, Sat 9-1). Email This email address is being protected from spambots. You need JavaScript enabled to view it. to get on the list for future organic market tours in Guadalajara.

Joyful Musings - May 2010
Joyful Musings By Joy Birnbach Dunstan, MA, LPC, MAC The Eternal Maternal Legacy   As May arrives and brings another Mother’s Day, I’d like 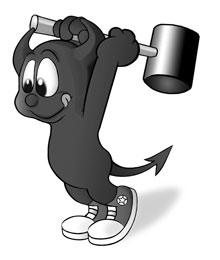 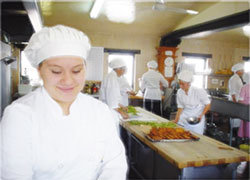